European demosceners are launching the “Art of Coding” campaign to inscribe the demoscene on the UNESCO Representative List of the Intangible Cultural Heritage of Humanity as a digital and social practice, which includes many core elements of the digital world. The campaign will be officially launched at the Nordic Game conference at May 23rd 2019.

“At EFGAMP we are glad to be accepted as the international coordinator of the campaign”, says Andreas Lange, president of EFGAMP. “Since the focus of our members is on preservation of our digital heritage, the campaign hopefully will serve as a best praxis example.”

Tobias Kopka, who is a founding member of Digitale Kultur e.V. and serves today as Festival Director of Ludicious: “Digital culture has been so omnipresent in recent decades that we are speaking of post-digital culture for some time: as digital has invaded so many spaces, that differentiating digital from non-digital culture is merely artificial today. Hence it´s only right to put the Demoscene in the center of our UNESCO initiative, as it is representing some of the earliest forms of converging digital and physical culture, still living and vibrant today.”

After seven decades of digital change it’s about time to acknowledge digital works not only as important new tools for documenting and preserving analogue culture and educating about it, but accept it as a new kind of culture for its own.

The Spanish National Library, The Biblioteca Nacional de España, has taken to the task of preserving the rich history of…

As announced at April 9th, 2020 the Finnish Ministry of Education and Culture listed the Demoscene on proposals from the… 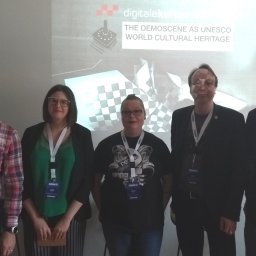 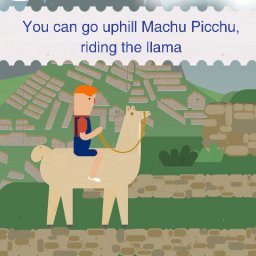 Wonders, an educational game about the world’s Cultural Heritage

Wonders of the World game has won the Japanese Digital Ehon Award. The award winning game is educational title that…