All game developers prototype more products than they ever publish. Usually the prototypes are never published or shown outside and lost completely if the company goes under. The Swedish indie game developer Forgotten Key took a different route and made sure their legacy is not forgotten.

Forgotten Key had a seven year run and published the artistic adventure AER Memories of Old as well as developed designs and prototypes for a number of games. Unfortunately the indie company ran into financial troubles and had to close down. Instead just shutting down instantly and disappearing the developers decided to publish their unpublished, unfinished game prototypes to the wild. This unique act made sure that the company’s legacy is not completely forgotten and lost and might be excellent source material for researchers studying indie development and video game design.

The very first issue of ROMchip: A Journal of Game Histories online magazine is released and can be read freely…

Australian government has donated 0.5 million AU$ to “Play It Again: Preserving Australian videogame history of the 1990s”. The authors… 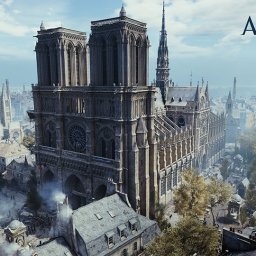 Ouya was a Kickstarter funded Android-based games microconsole launched in 2013. Next week it will be history, as well as…

Preservation of defunct MMO games is now legally possible in the USA. The US Library of Congress has granted DMCA…