Digital worlds can be lost very easily, as the players of No Man’s Land found out. The open world SciFi MMO multiplayer game No Man’s Sky had vast areas wiped out in an “epidemic” (large software update) and the players found out their virtual colonies were lost. The No Man’s Sky Archaeological Project is an attempt to record the history of 35 of those lost colonies.

” Imagine joining a community and finding a place in the wilderness to call your own, spending time, money, and resources to build a home, a farm, or a small business. And then imagine waking up one morning to find that everything had changed overnight: your home is buried, your crops destroyed, and it’s too cold to survive for long outside”, the project lead Andrew Reinhard says.

Reinhard is active “archaeogamer”, as he researches the history of video games with his own unique twist. He is also finishing his PhD in digital archaeology and heritage at the University or York. His attempt to document the history of the lost worlds of No Man’s Sky is possibly the first formal archaeological expedition into a purely digital landscape and could be a prologue to many expeditions to come. It is also a witness to the social realms of people interacting, creating and abandoning settlements, climate change and exploration, all in virtual reality.

No Man’s Sky is far from being the only virtual world that has lost pieces of its history. Maybe this project will help to raise awareness of the online space, game worlds and virtual spaces and how those can be lost without trace.

You can support the project via IndieGoGo crowdfunding service here:

Preservation of defunct MMO games is now legally possible in the USA. The US Library of Congress has granted DMCA… 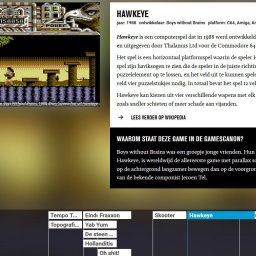